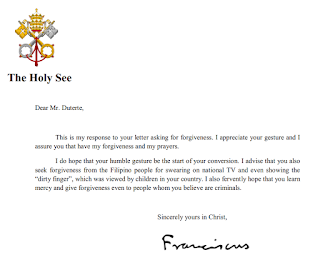 Duterte also said that he will think about the advice given by the Pope on forgiving criminals. Duterte is known to be tough on criminals and was also linked to Davao Death Squad.
.
Posted by Ishmael F. Ahab at 12:37 PM